Republican Rep. Kaufmann: 'We are not only going to keep our majority but grow it'

As Democrats ramp up efforts to take control of the Iowa House, Republicans are just as ready to protect and grow their numbers in the Legislature.

A group of Democrats known as Flip It Iowa has been targeting suburban districts that have historically tight races.

“This group, Flip It Iowa, wants to make a splash by claiming they are going to flip the House this year, but that’s not news to me,” State Rep. Bobby Kaufmann (R-Wilton) told the Hawkeye Reporter. “It happens naturally that the party seeking the majority tries to flip it every election cycle.” 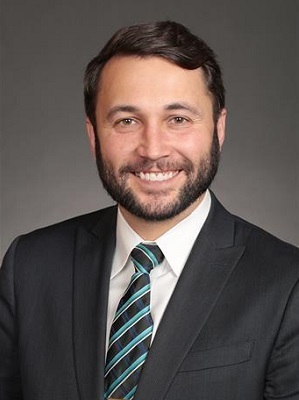 Both parties are signing up volunteers and candidates are busy attending local meetings to meet with voters as they gauge solid issues to campaign on.

“The candidates we’ve recruited are doing a tremendous job." Kaufmann said. "We are not only going to keep our majority but grow it.”

Iowa has a strong state budget and remains one of the best places to live in the country, Kaufmann said, adding that the next session’s legislative agenda could help more independents and Democrats to vote Republican.

Child care, education, health care, mental health, and broadband access for more remote towns will be among the issues Republicans focus on.

“That’s a track record that I could run on all day long,” Kaufmann said, adding that legislators will be discussing ways to fully fund a bipartisan bill that sets up mental health infrastructure in the state’s 99 counties.

“It’s a key bipartisan thing that we’re going to get done this coming session,” Kaufmann said, and there also will be efforts to improve EMS, making sure everyone has proper access to ambulance services.

“No disrespect to (Flip It Iowa), but I don’t find them to be any different from other groups that have been trying to flip the House since the beginning of time,” Kaufmann said.

Want to get notified whenever we write about Iowa House of Representatives ?

Sign-up Next time we write about Iowa House of Representatives, we'll email you a link to the story. You may edit your settings or unsubscribe at any time.