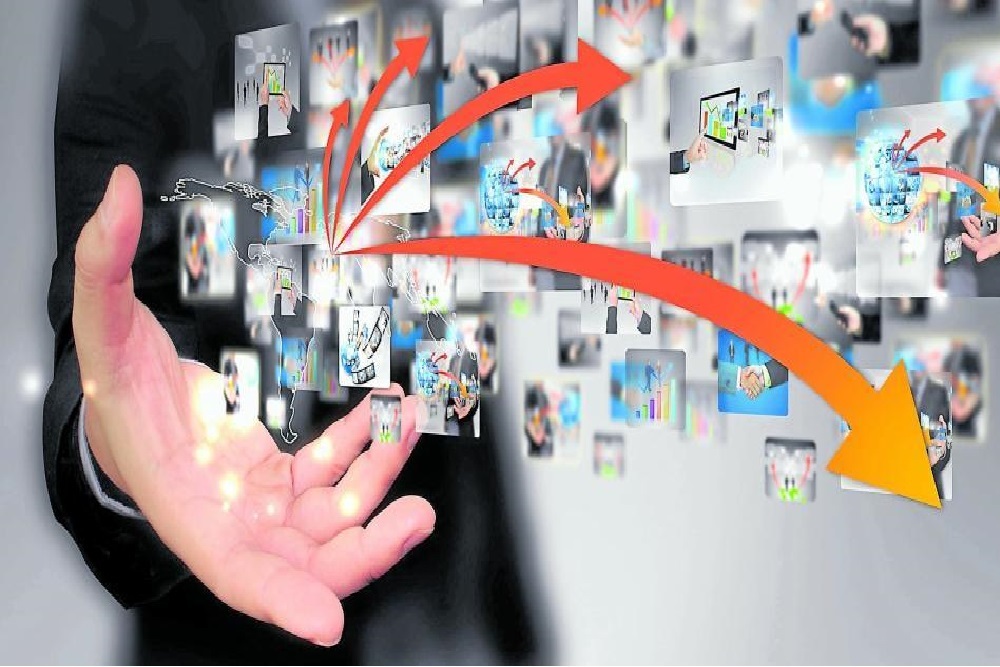 A new analysis looks at Iowa's economic recovery since the Great Recession. Associate Scientist Dave Swenson talks about how Iowa compares to the country and neighboring states. Video by Dave Olson

AMES, Iowa – In the decade since the Great Recession, Iowa’s job rate has grown by 7.1%, according to a new employment analysis.

Dave Swenson, an associate scientist of economics at Iowa State University who conducted the study, says much of the growth between 2007 and 2018 occurred in metropolitan counties, which expanded by 9.3%. The job rate in rural counties during that same time declined by 2%.

Using data from the Bureau of Economic Analysis and the Bureau of Labor Statistics, Swenson found the state’s strongest job gains were in real estate and rental or leasing, which includes farm land rentals. The greatest loss was in durable goods manufacturing.

Compared to the national average at 16.1% and job growth in surrounding states, which averaged 9.4%, Iowa’s recovery was not as strong. Swenson says it is important to note that Iowa’s employment rate did not take as great of hit during the recession, declining just 2.2% compared to a 5.5% drop nationally.

“Iowa also recovered sooner from the recession than neighboring states, but over the past decade that growth has slowed,” Swenson said. “The state ranks the sixth worst nationally in its rate of job growth.”

Metropolitan counties had 111,774 more jobs in 2018 than 2007, adding jobs in sectors such as finance, insurance, health care, social assistance, transportation and professional services, according to the study. Swenson says there was a profound shift in jobs away from nonmetropolitan areas, particularly in health care and social assistance. While metro areas added more than 30,000 of these jobs, smaller communities lost nearly 13,000.

“This shift makes it harder for people living in these communities because they have to travel farther for health care,” Swenson said. “In the future, rural areas may have to rely more on technology to provide these services.”

Iowa’s recovery in terms of jobs has outpaced employment rates. Swenson says from 2010 to 2018, the last year for annual data, the number of people working grew by 66,833, but the number of jobs (full- and part-time) grew by 137,549. More than twice as many jobs were added as people working, which indicates people are working more than one job, Swenson said.

The size of the state’s labor force affects the capacity for growth. Over the past decade, the analysis shows Iowa’s workforce shrunk at the same time the economy started to grow. Swenson says the state did see substantial growth in the last year. The rate was 4% higher in November 2019 than January 2007. That’s compared to an 8% growth rate in the U.S. for the same period. 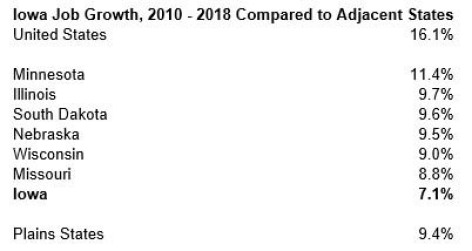