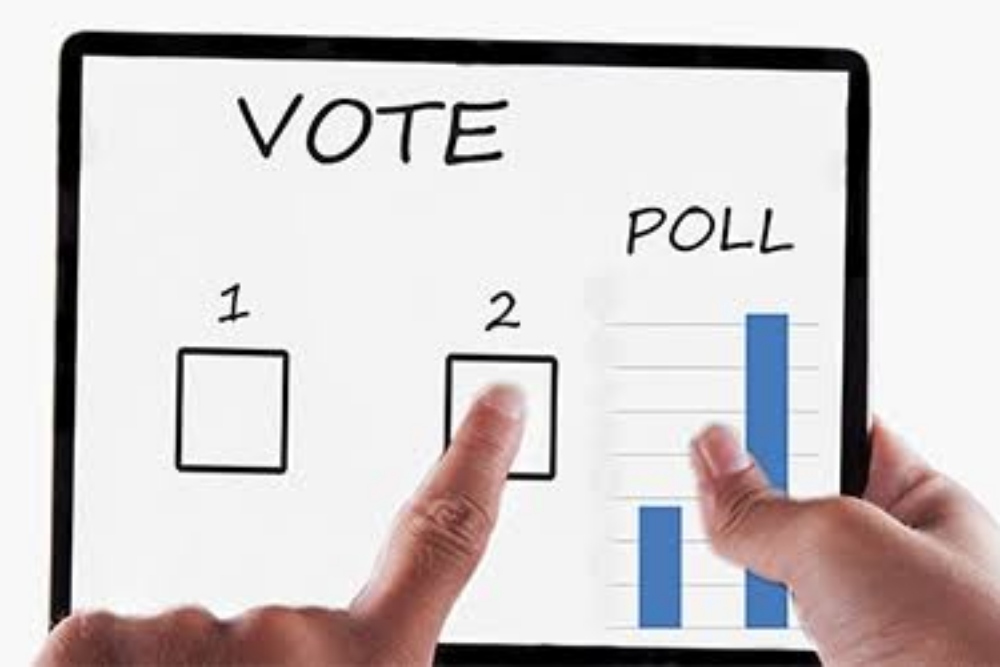 Sen. Bernie Sanders is leading the Iowa State University/Civiqs poll for the first time in the five months of polling leading up to the Iowa caucuses.

Dave Peterson, a professor and Whitaker Lindgren faculty fellow in political science who organizes the poll, says a few factors have contributed to Sanders’ surge. A stable base of supporters is one reason. Peterson says Sanders is also picking up new supporters from candidates who dropped out of the race and from others in the top tier. The poll interviews a majority of survey respondents each month to understand how voter preferences change.

“Sanders has gained more and more every month from people who previously supported Julián Castro, Cory Booker and Tulsi Gabbard. He’s also gained about 10% of the people who supported Elizabeth Warren last month,” Peterson said. “The one area he’s not gaining support is from the undecided category.”

Of the 655 likely Democratic caucus-goers surveyed, 24% said Sanders was their first choice. Sen. Warren was second with 19%, followed by Mayor Pete Buttigieg with 17% and Joe Biden with 15%. Peterson said Sen. Amy Klobuchar remains in fifth, but more than doubled her support from last month at 11%.

Overall excitement in the caucuses is ticking up, Peterson said. Nearly 80% of those surveyed said they are going to participate. He says the polling data supports forecasts for potential record turnout on caucus night.

The online survey was sent to selected members of the Civiqs research panel Jan. 23-27. Likely caucus attendees were identified as those who responded they would “definitely” or “probably” attend the Iowa Democratic Caucuses and identified as Democrats or independents. An oversample of Democrats and independents were selected to produce a larger number of likely caucus attendees.

Demographic data were collected in previous Civiqs surveys. The results for registered voters are weighted by age, race, gender, education, party and congressional district to be representative of registered voters in Iowa. The survey has a margin of error of plus or minus 4.8%. 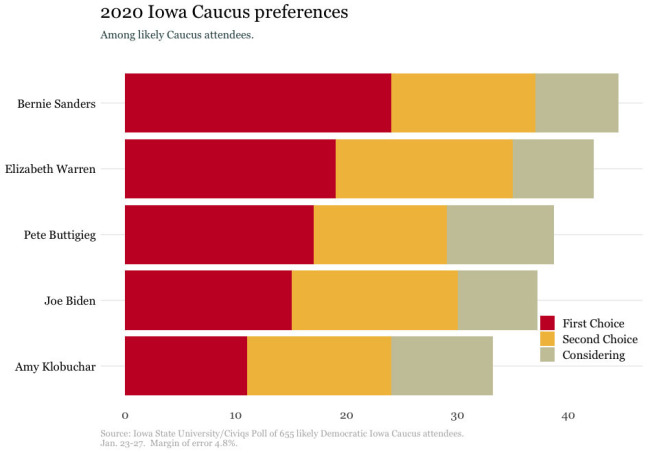